The horse is a passion and a symbol for many. However, it is far from being the easiest subjects for a draftsman.To draw a horse step by step you must first study its morphology and its peculiarities.

How to draw a horse easily?

The body of a horse emerges through a few volumes. So to draw a horse easily, start to draw the head in a circle for the skull and jaw and a smaller one for the muzzle. Draw two other circles for the top of the body and for the back legs and join while drawing it the neck. The legs of horses consist of three parts: draw a vertical line and then made a small round just before the knee down again and again draw a little circle just before the hoof. Finish with the details: the eyes, the nostrils and mouth.

Some important points to complete this drawing exercise

One of the main difficulties to learn to draw the horse is to understand the linkages between the legs. See the major difference between the front and rear legs. This last part called "shank" in horses, forms a further angle relative to the front leg, which itself is perfectly straight when the horse is in a fixed position. In particular, the angle on the rear leg is strongly pronounced. It is this feature that gives such power to the horse. It is a characteristic that can be observed in most quadrupeds.

Learn how to draw the horse's hooves

Other distinguishing feature of the horse to be known: the part called pastern which makes the junction between the hoof and the joint. It forms a rather geometrical hollow to the back of the leg.

To draw a horse in general is not easy. So a tip: Above all, do not rush! Help yourself with videos and mapping exercises to make sure you understand the anatomy of this animal. Start here with http://www.equitack.com/ 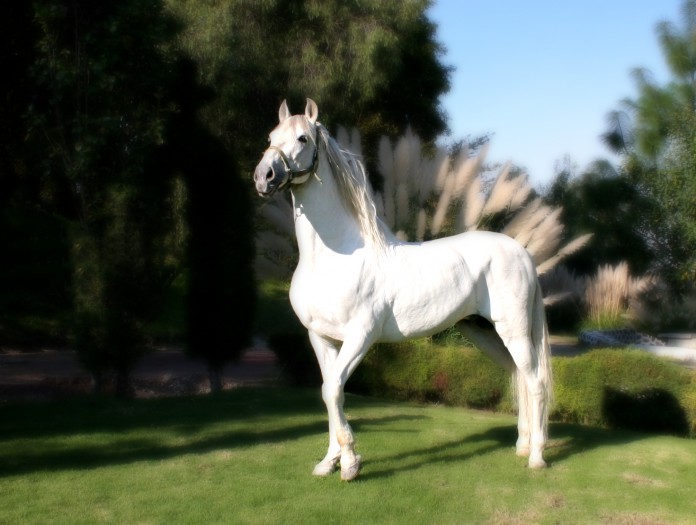